i’m here in moshi tanzania. it’s a small town that usually doesn’t show up on generic maps of africa. i’m very close to mount kilimanjaro, the highest peak in africa. unfortunately, i’ve only seen it twice. on landing, it was already dark, and on other days it hides behind clouds. we’re in the rainy season when if it doesn’t rain at least once a day, it seems unusual.

the airport is in the middle of nowhere, about 45 minutes of highway to my hostel. and by highway, i mean paved road with speed bumps that are father apart than on smaller roads. paved roads here are a luxury. joe, a friend of mine who i work with is lucky enough to live on the paved road that leads to the coca-cola bottling plant. almost every other road is either dirt or the barely recognizable remains of a previously paved road. the road to the school is one of the dirt roads. and in rainy season, it’s like a 4x4 off-road commercial without the shine.

i left home on thursday morning, flew to detroit, to amsterdam, and arrived at moshi on friday night. here it’s 8 hours ahead of central time. not too bad i suppose. plus, the plane ride was enough to scramble my clocks. i caught up on quite a bit of movie-watching which passed the time nicely. lars and the real girl, slumdog millionnaire, revolutionary road, and the wrestler. i arrived at the hostel on friday night at about 9:30. there were about 10 people on the porch just hanging out. i was given the 10 cent tour and shown my “private” “room”. “private” meaning not 6 people to a room. “room” meaning permanent canvas tent in the backyard. but it did have electricity, so that was nice. the people on the porch were just about to head out for a night of partying. i decided to stay home and catch up on sleep. probably a good thing, because they stayed out partying until 5:30 in the morning.

next morning, i went on a tour with fiona from bristol in the UK. moshi town is pretty small. you could walk through the entire town in a few hours. after the tour was over, fiona and i decided to stay in town and walk around some more. she was only in town for a few days and wanted to book a safari, so we spent the rest of the day shopping through booking agents.

on sunday matthew, my connection here, took me to the watering hole, a bar run by joe’s wife. it’s VERY nice. i thought i was at a resort. we played a game called settlers of catan. i gave them a whole bunch of stuff they asked me to bring, the most important being pre-sliced pepperoni. after the watering hole, matthew took me to his home. also very very nice. tiled floors and custom furniture (at a fraction of the cost of manufactured american furniture). matthew’s specialty is pizza, so he baked 2 pies with lots of fresh mozarella. it was really tasty. i really appreciated it, but not as much as matthew and his wife valerie. they hadn’t had pepperoni for a long time. after dinner, we watched an episode of it’s always sunny in philadelphia. they don’t have a tv, so they play it on valerie’s laptop and hook up some speakers to it.

monday comes along. first day of school. the plan is to walk to the school, but it rains, so matthew and valerie pick me up. when i arrived at the school, i was very impressed. the building is only a few years old and there’s a ton of kids. almost 100. work has been a good experience. it’s nice to be able to pair up with a fellow programmer that does the same thing i do. we actually have a similar project like i do at home. we’re computerizing “the system”. so there’s recording when kids arrive (like recording lupus participant enrollment), and being able to use a database to get statistics for potential donors (like writing grants). everything here seems simpler. not as much red tape. and we get to start fresh and build from the ground up, “the right way”. unfortunately, we still also get the occasional “my printer won’t print” or “my email won’t send”. unavoidable i suppose. it’s still a learning environment for me. Matthew is very sharp and keeps up with the latest and greatest. they’re VERY lucky to have him. i really like the work environment. and i even get tea-time and lunch too.

all in all, i’m pretty lucky to be in this environment. private room, hostel includes breakfast, i get a ride to work, tea time, lunch, ride back from work, host includes dinner, hostel does laundry (except underwear) and dishes. it’s great.

on thursdays, the watering hole projects movies on a big screen. 3,000 Tsh (about $2.25 worth in tanzanian shillings) gets me a movie, a drink, and popcorn. and they even have wifi for 1,500 Tsh/day. we watched frost/nixon the first time. cheap yet nice movie-going experience. my kind of place.

sunday i went to a small maasai village. and this particular village seemed to be just one family. if going to a small town in africa wasn’t remote enough, this definitely was. no electricity, no running water, no hospital, just each other. the kids went bonkers over digital cameras. it was really cool to make them so giddy over something simple from our world. they were very welcoming. it was really interesting to think about who was actually more intrigued by the other group.

the food is simple but good. lots of bananas. lots of rice. lots of starch. the hostel makes good food. breakfast consists of toast, peanut butter, jelly, fruit, sometimes pancakes and eggs. dinner has been different just about every day. we get local food like ugali which is like a doughy cornmeal (mmmmm), rice and beans of course, and even pasta like penne or spaghetti. yesterday even included fried flying termites, also eaten by the geckos and dogs around us. tasty. no mcdonald’s here, but i did have a cheeseburger, fries (sorry, chips), and a coke for lunch. and for dessert that night i had a banana split. yes, it was an all-american food day yesterday for cinco de mayo.

well, i’m having an amazing time. and i miss you guys a lot. i’ll talk to you soon! 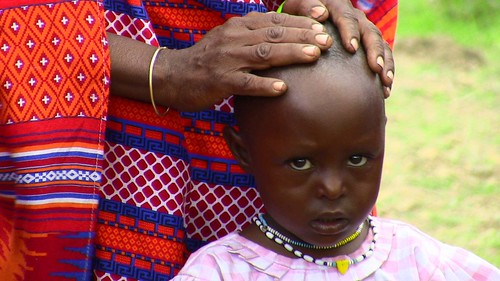 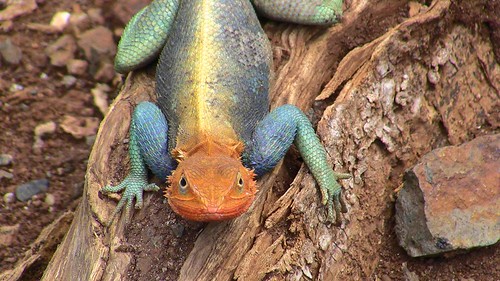