After 19 days of non-stop moving, we wanted some relaxation. Neither of us had been to Phoenix before, and it was somewhat close-by. And it would be a direct flight home.

We would’ve driven our rental care to Phoenix, but it was just far enough to where the car rental company considered it out of the region. They wanted to charge us extra to drop off the car in Phoenix. Flagstaff, however, was still within the region. So we dropped it off there and grabbed a shuttle to Phoenix and saved almost $1,000.

We only really went to the train station where there was a car rental drop off and also the place where the shuttle would pick us up. But we had some time to kill. The area in Flagstaff where we were is a strange little town. It had a small college town vibe. And I liked it.

The shuttle dropped us off at the Phoenix airport. We found an airbnb place close to the airport. But it was far away enough and late enough for us to get a taxi. Unfortunately, the minimum for a taxi ride from the airport was $16. The driver was also unpleasant, especially after I asked to pay with credit card. We had used Uber for the first time to catch our very early flight out of Boston. We used Uber the rest of the time. I’m very impressed with this company. And considering my company is in the business of transportation, I am hopeful that we can eventually strike up a deal between us.

Our time in Phoenix was pretty uneventful. We slept in, cooked a lot, and laid by the pool the whole time. The only other thing we did was walk to a nearby park where there’s a big rock with a hole in it. 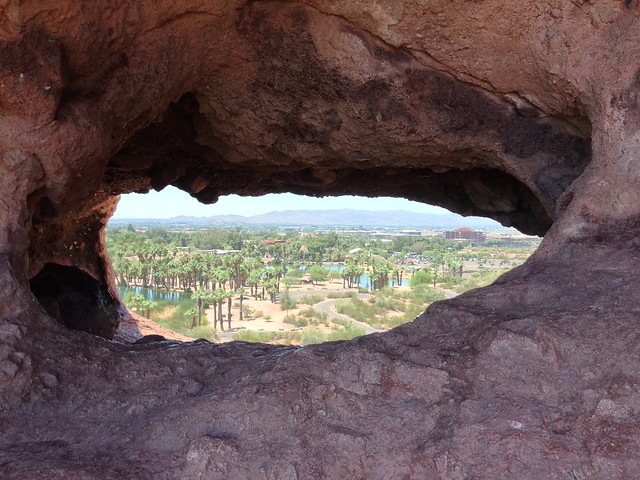